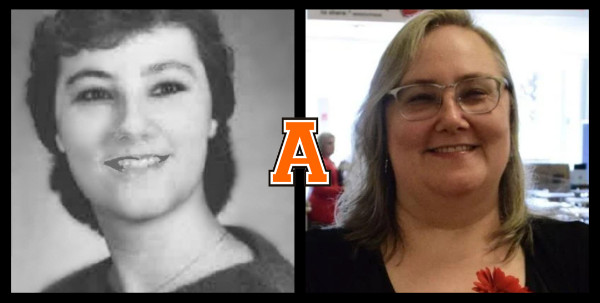 Sarah Elizabeth Meredith, a music teacher and accompanist who also was a successful grant writer, died Jan. 9 in her home in Buffalo after a long battle with cancer. She was 54.

Born in Urbana, Ill., she came with her family to Amherst in 1973 and displayed her talents as a girl, taking part in numerous choral groups and serving as an accompanist.

At Amherst Central High School, where she graduated in 1986, she was a member of the National Honor Society and was president and student director of Sweet Sixteens, a select girls’ singing group.

She earned a bachelor’s degree in music education from Baylor University, then received a master’s degree from Ithaca College and a doctorate in musicology from Florida State University in 2003.

Dr. Meredith taught music and served as music coordinator in the Amherst schools, was a professor at SUNY Buffalo State University for several years, then became a grants researcher for J. O’Connell and Associates.

She went on to become a grant writer for municipalities and educational institutions. In the Village of Lancaster, where she was grants manager, she helped bring more than $7 million to the community.

She also devoted herself to working with soloists and choirs.

“As an accompanist, she was a musician’s musician,” wrote Sue Fay Allen, founder of ABC Bel Canto Choir, where Dr. Meredith was an accompanist. “She worked as a partner with those of us who conducted and performed. A really fine accompanist helps to enable the soloist or the conductor of a group to achieve the phrasing, the nuances and the tempo changes that transform the many notes into a musical message for the performers and the audience. It was a gift to have Sarah as that partner.”

At Lancaster High School, she played for musicals, rehearsals, choirs and ensembles and worked with soloists. She accompanied New York State School Music Association solo performances and for many years was chosen to play for the choruses at the annual Erie County Musical Educators Association concerts. She also was a presenter and workshop leader at national conferences on music education and musicology.

She improved the quality of recitals for the Lancaster Academy for Visual and Performing Arts and provided advice and mentoring for high school choir programs in the Buffalo schools.

“She was the best music teacher,” one of her colleagues wrote in a Facebook tribute. “She taught me how good a music program could be, firing on all cylinders – band, chorus and orchestra equally. I will never forget that or her positive personality.”

A member of University Baptist Church in Amherst, she was an avid reader, with a special interest in history and genealogy. She also was a football fan and was devoted to the Baylor Bears and Buffalo Bills.

A celebration of her life will be held at a later date.

John R. “Jack” Davis knew what it meant to give back to his community – literally and figuratively.

Trained as an engineer while completing his military service, he and a partner parlayed their industrial expertise and entrepreneurial spirit into founding a manufacturing company whose products are still used across the world.

Forty years later, he turned his attention to public service, unsuccessfully running for Congress four times in eight years to represent a district in Buffalo’s eastern suburbs that included Clarence and Newstead. And knowing how he got his own start in business, he gave back to his alma mater that launched his career, with a $5 million donation to University at Buffalo 13 years ago to fund construction of a new building.

“He wanted to leave his legacy,” said his widow, Barbara. “He was kind and helpful to the community.”

Born in Pittsburgh to John R. and Norma Davis, he grew up in Amherst after his father’s employer, Westinghouse, moved his family to Buffalo after World War II. He graduated from Amherst Central High School in 1951.

In a biography posted on his political campaign’s old website, he recalled helping his father change piston rings on a 1935 Ford when he was 12 years old, and bolting a gas motor from a Maytag washing machine on the back of a wagon for his “first go cart” when he was 14.

He wrote that he “did fairly well in math and science,” enough to get into UB’s seven-year-old School of Engineering, where he started in mechanical engineering but switched to industrial, which “turned out to be a smart move” by preparing him for the future. He graduated in 1955, but had already spent four years as a Marine Corps reservist, having signed up while still in high school to meet the “Armed Service Requirement” for men.

He barely avoided the Korean War as his reserve battalion was activated, instead getting deferments to finish high school and then college, while getting officer training in the Marines from 1951 to 1954. “You may have heard stories about the tough training for enlisted Marines – it was tougher for officer training,” he wrote on his political bio. “They took a young boy and made him a man – tough, self-confident and a leader.”

After graduating from UB with a degree in industrial engineering, he still had to meet his military obligation, so he enrolled in Officer Candidate School and joined the Coast Guard, serving as a deck officer until 1958. That’s when he went to work for General Motors Corp.’s Tonawanda foundry, as a maintenance engineer. Three years later, he left and joined Carborundum Co. as a supervising sales engineer overseeing silicon carbide heating elements

He and a fellow engineer, Stan Matys, left Carborundum in 1964 to start their own company, called I Squared R Element Co., which makes silicon carbide and disilicide heating elements and hot surface igniters used in high-temperature electric furnaces and appliances. It’s the only U.S. manufacturer of its products.

The new firm, which they launched in Davis’ garage with just $20,000, competed against Carborundum and another multi-national company, but was profitable after just six months, while its two rivals were later acquired. Its first customer was Corning Glass Works, enabling it to move to a building in Tonawanda, then to Lancaster, and finally to its current site in Akron, where it employs 90 in 122,000 square feet.

“He loved his work, so it wasn’t work for him,” Barbara Davis said.

From 2004 to 2011, Mr. Davis ran for Congress for New York’s 26th Congressional District as a critic of free-trade policies – three times as a Democrat and once as an independent, including after the resignation of Chris Lee opened up the seat in 2011. He also successfully sued the Federal Election Commission, getting the “millionaires amendment” to the McCain-Feingold Act struck down as unconstitutional because it violated candidates’ First Amendment rights.

In 2010, Mr. Davis and his wife, Barbara, donated $5 million to UB’s School of Engineering and Applied Sciences, which named The Barbara and Jack Davis Hall in their honor. He also established an irrevocable trust to ensure that the company wouldn’t be sold and employees’ jobs were safe, and arranged for company profits to be used for scholarships to UB.

Private services will be held at the convenience of the family.

Bob grew up in Snyder, NY., a suburb of Buffalo. He attended Denison University and was a proud member of the Sigma Chi fraternity. In his Junior year, he met his love of 67 years, Dolores “Dede” Duffy. Bob enlisted and served on Active and Reserve Duty in the Navy for six years during the Korean War. He earned his MBA from Harvard Business School and then began his professional career, spanning over thirty years with The First National Bank of Boston. His career included senior executive roles in both the US and Europe. Bob and Dede appreciated the opportunity to travel and experience different cultures throughout the world. Bob was an invaluable guide to all who were fortunate to know him. He was an avid gardener, but he took the most care in cultivating his human relationships.

Bob’s three daughters, Suzanne Sullivan, Kim Duckett and Lisa Guarino are grateful to have had him in their lives. His grandchildren, Caroline Trussell of Wellesley, Robert Sullivan of Gettysburg, PA., Allison Lewis of Greenwich, CT., Brennan Duckett of Washington, DC., Conor Duckett of Ashburn, VA., and Paige and Natalie Guarino of New York City will forever benefit from his exemplary character and wisdom.

There will be a family memorial service this summer. In lieu of flowers, please consider making a donation in Bob’s name to Wounded Warrior Project. Please send condolences to The Woods Family, 5 Kimball Road, Hopkinton, MA. 01748.

Join us for Alumni Night at the Operetta

Join us for Amherst Alumni Night at the Operetta for the Amherst Operetta Association’s 2023 production of Seussical the Musical on Friday, February 10 at 7:30PM. This is the 74th Amherst Operetta!

You can make this a mini-reunion with Tiger friends and family.

This a great way for Tiger Alumni to support the Amherst Operetta Association and the arts in Amherst Schools.

Tickets can be purchased online at the following link: https://amherstoperetta.ludus.com/index.php

RUSSELL Carolyn J. (nee Braun) | Age 77 of Amherst, December 11, 2022 with her loving family by her side. She is survived by her spouse Rosemary Dayton, her children Cynthia (Jim) Rinehart, Keith (Kelli) Russell, Tina (Carlos) Padilla, Karen (Paul) Locander, Douglas (Dena) Russell, Scott (Kristie) Russell and David (Stephanie) Russell, 17 grandchildren and 2 great-grandchildren, daughter of the late Raymond and Katherine Braun and sister of Elaine Braun and Raymond (Linda) Braun. Also many nieces and nephews. Carolyn was a devoted wife and mother and was an accomplished Pianist. In her various roles at Amherst High School, she touched and influenced many young lives. There will be no prior visitation. A Memorial Service will be conducted on Monday December 19, 2022 at 11 AM in Calvary Episcopal Church, 20 Milton St. in Williamsville, NY 14221. Everyone welcome to attend. The service will be livestreamed at calvaryepiscopal.net. Memories and condolences may be shared at www.ROTHFUNERAL.com