Posted by amherstalumnioffice on September 8, 2014
Posted in: News. Tagged: Obituaries. Leave a comment 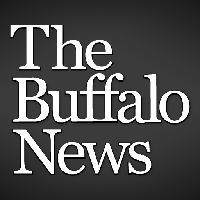 Morton S. Klayman, a speech and drama teacher at Amherst Central High School for more than 30 years and founder of the Amherst Players theater group, died Aug. 17 in Scottsdale, Ariz., where he had lived since 2012. He was 93.

Mr. Klayman served in the U.S. Army Air Forces in Europe during World War II, achieving the rank of first lieutenant and flying more than 50 missions as navigator aboard B-24 bombers with the 15th Air Force.

He started his teaching career at Tupper Lake Central School and Lockport Senior High School before taking his position at Amherst Central Senior High, where he later became chairman of the English department.

Along with his teaching duties at Amherst High, Mr. Klayman directed innumerable school plays and 39 musicals.