Memorial Event for Mark Harty ’69 on May 6th

Members of the Class of 1969 are organizing a memorial event for Mark Harty in Buffalo, the evening of Saturday, May 6. It will take place at the Buffalo Yacht Club. We plan a cocktail reception in which we will gather, have a few people pay tribute, and give others the opportunity to share memories. Mark’s brothers, Tom and Doug, and their spouses will join us. We hope many of you can join us.

We will provide details shortly, but we need to know as soon as possible how many will be able to attend so that we can have an estimated headcount. 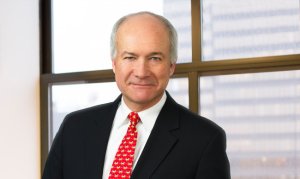 HARTY – Mark Philip Of Wellesley and Westport Point, Mass passed away on February 2, 2017. He was 65 years old. Mr. Harty grew up in the Buffalo, New York area. He graduated from Amherst High School where he was President of the student council and captain of the tennis team. In 1969, he won the New York State Junior Hard Court Tennis Championship. He went on to Dartmouth College where he was co-captain of the varsity tennis team and graduated Magna Cum Laude in 1973. He worked at Dartmouth College as an admissions officer traveling across the country from 1973-1975. He entered Georgetown Law School in the fall of 1975 and married his wife of over 40 years, Sally White Harty in the spring of 1976. After graduating from law school in 1978, he joined the firm of Morrison Mahoney where he became a partner in 1983. In 1998 he became the Managing Partner of the firm and served in that capacity for 18 years. During his tenure at Morrison Mahoney, he was instrumental in the growth from 16 to 160 lawyers and from 1 to 10 offices throughout the Northeast. Along the way, Mr. Harty served on the Board of Overseers of New England Deaconess Hospital, The Board of Beth Israel Hospital, and was the Vice President of DRI for New England, a professional legal association for lawyers. He also served on the board of the Greater Boston Legal Services as well as the American Law Firm Association. A devoted alumnus of Dartmouth, Mr. Harty served as both President of his class as well as President of the National Dartmouth Alumni Council and was awarded Dartmouth’s highest alumni honor, The Dartmouth Alumni Award in 1999. He leaves his wife, Sally White Harty and their two sons Liam, who resides in Los Angeles with his wife Virginia, and Brendan, who resides in the Boston area, along with three brothers; Donald of Bend, Oregon and Doug and Tom, both of the Buffalo, New York area. In lieu of flowers, the family requests any contributions be made to the Harty Family Scholarship Fund at Dartmouth College, c/o Dartmouth College, Hanover, NH 03755 or to Christo Rey Boston High School, 100 Savin Hill Ave., Boston, MA 02125. Arrangements were held under the direction of the Potter Funeral Home, 81 Reed Rd., Westport, MA 02790. To sign the online guestbook, please visit
Here is the link to the beautiful tribute that was posted on Mark‘s law firm’s website: http://www.morrisonmahoney.com/attorneys/16-mark-p-harty